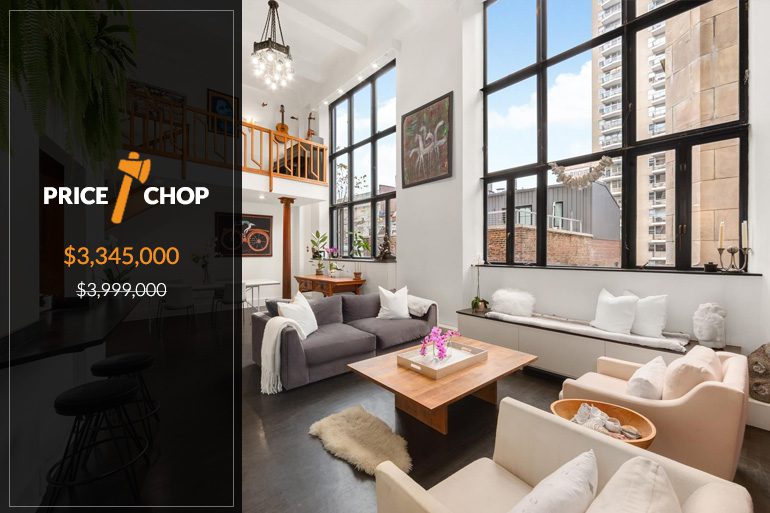 The Hotel des Artistes is one of those New York buildings that synonymously carries a certain level of intrigue along with the mere mention of its name.  Its prime Upper West Side location, just off Central Park at 67th Street, gives it a cache that has attracted the rich, the famous and the eclectic over the years.

Paint with the likes of Leroy Neiman and Norman Rockwell, talk politics with Mayor John V. Lindsay and New York Governor Hugh Carey, Sing Cabaret with Joel Grey or dance down your hall with Debbie Reynolds and Rudolph Valentino.  The legendary residents that have frolicked within these walls leaves one spellbound.

The Hotel des Artistes is a resplendent neo-gothic building on one of the city’s most famous streets.  The building is one of several “studio” cooperatives built on West 67th Street for a burgeoning artists community at the beginning of the twentieth century.  It is a city landmark and is registered on the National Registry of Historic Places. The street itself is now classified as the West 67th Street Artists Colony Historic District.

No two apartments are alike in this wonderful building and Apartment 401/402 is no exception.   Enter this three-bedroom residence and you are immediately taken aback by the expanse of the great room, a triumphant space to entertain or relax.  The room spans almost 30-feet and soars with 19-foot high ceilings and enormous windows that bring the city into your home. An added bonus is an in-your-face view of the cupola atop the church on neighboring 68th Street.  A floor-to-ceiling custom-made wooden bookcase (with library ladder) that spans the entire eastern wall enhances the drama of the space. On the western wing is a formal dining area and a wooden staircase that leads to the mezzanine level.

The remainder of the first floor contains an oversized foyer, a bedroom with an ensuite bath, the kitchen with pass-through to the great room and a washer/dryer.  Ebony stained floors and beamed ceilings add additional character.

The upper level of the residence enjoys nine-foot ceilings and offers two large bedrooms, each with separate access to the master bath.  The balcony for the upper level runs the expanse of the great room.

The Hotel Des Artistes is a full-service co-op with concierge services and an elevator attendant.  There is a furnished rooftop terrace, swimming pool, fitness center and a squash court. The famous Cafe des Artistes restaurant at ground level now serves under the name Leopard at des Artistes. The nude murals that adorn the walls remain.

This price on this historic property has been chopped by more than 16 percent, from $3,999,000 to $3,345,000.  The apartment is being represented by Donna Strugatz and Ryan Serhant at Nest Seekers International. View full details on Linecity.com. 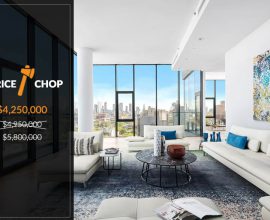 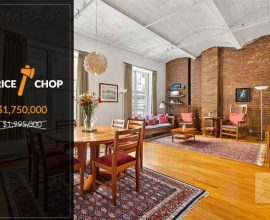 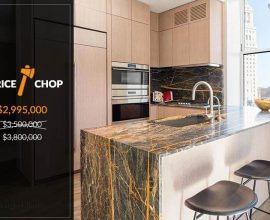 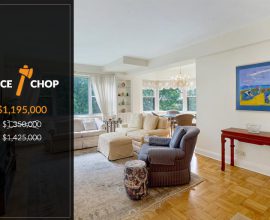 According to New York City records the median pric

Hard to imagine an apartment of this size, for thi