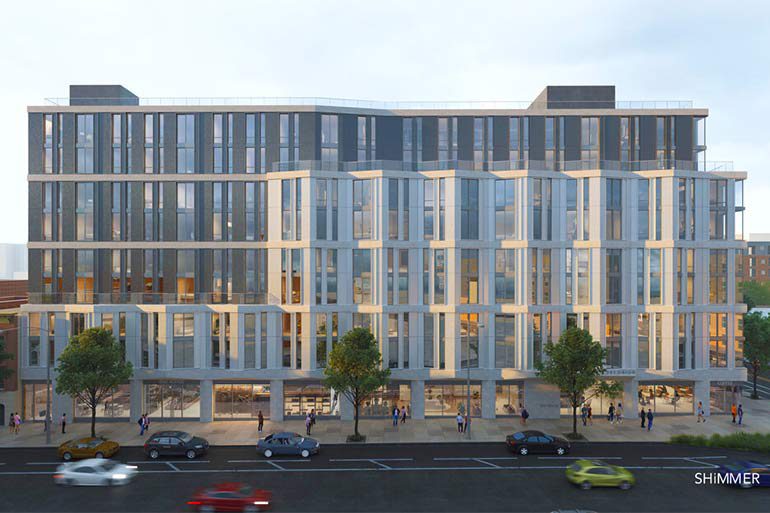 The building will rise 95 feet and contain 214 rental units, 25% of which will be designated as affordable housing.  The average size of an apartment, based on gross numbers, will be about 739 square feet.   The building will have a 24-hour doorman, fitness center, basketball court, bike storage, lounge, and a 6,000 square foot landscaped roof deck.  There will also be a garage with 72 spaces.

The footprint totals 35,683 square feet across two building lots.  Plans were filed by the architectural firm of Fogarty Finger, LLC.  Filings show Dov Barnett of Tavros Capital as the owner of the property.  According to the Tavros website, the building is being developed in partnership between Tavros Holdings and Charney Companies.

The property is located one block from the R and W trains at Fourth Avenue and Union Street.  The block is well known for the presence of The Royal Palms Shuffleboard Club.  The location had been the long-time home of the South Brooklyn Casket Company.