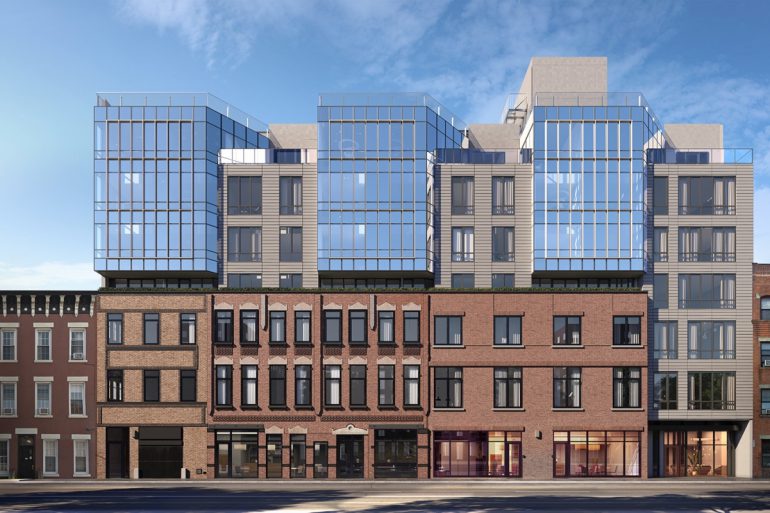 The Umbrella Factory – 710 Metropolitan Avenue, a new luxury condo in Williamsburg, Brooklyn has been quietly introduced to the sales market by MNS Real Estate.  The historic brick building sits on the south side of Metropolitan Avenue between Graham Avenue and Manhattan Avenue.

Upon further inspection, the only part of the original structure that will remain is the three-story brick shell.  The innards of the building have been stripped and built anew in order to support a bold four-story glass addition to the former factory.  The result is an eye-popping addition to the streetscape that mixes the best of Brooklyn’s past with an exhilarating nod to the future.

The Umbrella Factory was once home to the Embee Sunshade Company, one of America’s oldest custom umbrella and sunshade makers.  For most of the twentieth century it was Embee that was providing the ubiquitous umbrella stands that shade the city’s food carts.

In its newest iteration, the brick building will be home to 69 residential units. According to the offering plan, the sell out will be $91 million and will include 17 deeded parking spots, 31 deeded storage spaces and a single commercial space.  The sell out for the residential component is $88.9 million, about $1,288,406 million per apartment.  The average price per square foot based on residential square footage is $1,445.

The composition of the building breaks down to nine studio apartments, 34 one-bedroom units, 23 two-bedroom units and three three-bedroom residences.

Designed by Rawling Architects and developed by SL Development and Local Capital Group, the Umbrella Factory makes use of heavy timbers and structural wood instead of the usual metal framing methods. The brick façade has been fully restored to its original state.

Exposed timber beam ceilings and wood plank ceilings set these apartments apart from the ordinary.  The heavy beams and the metal joinery, while not part of the original structure, certainly create an architectural link to the former factory.  Additional features include wide plank flooring, floor-to-ceiling soundproof windows, central HVAC, solid core doors and a Bosch washer and dryer.  The kitchens are equally as sharp with quartz waterfall countertops and backsplashes, integrated high-end appliances and custom pendant lighting.

The Umbrella Factory provides a part-time doorman and a host of amenities, including a fabulous roof deck.  The landscaped deck offers views of Manhattan and Brooklyn,  multiple BBQ stations, dining tables and outdoor furniture, a dog run and a sun deck. Additional amenities include a fitness center, private storage, bike storage and onsite parking.

The immediate area is serviced by the L Train which is steps away at the corner of Metropolitan Avenue and Graham Avenue.

MNS agents Tamar Krasnow and David Chi are handling the sales in the building.  Should you wish to find out more about this fabulous new Williamsburg development, please visit Linecity.com 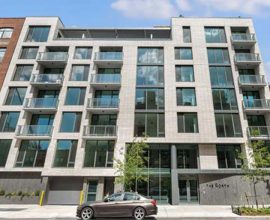 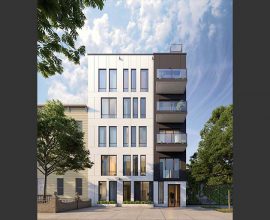 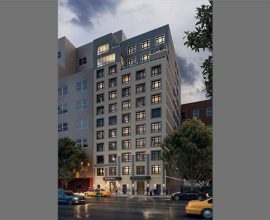 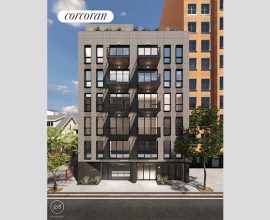