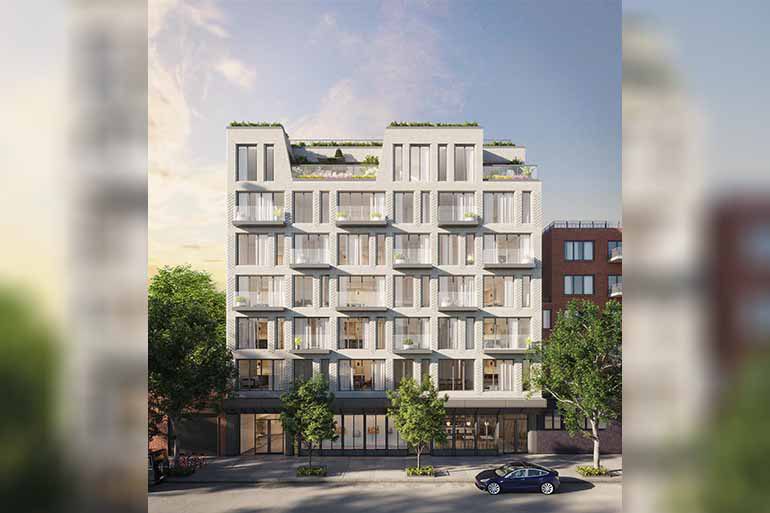 Sales have been launched at 30-05 Vernon Boulevard, a new luxury condominium in the Astoria neighborhood of Queens, New York.  The waterfront development is located on the western edge of Astoria between Welling Court and 30th Road just across from Hallets Cove Playground and the East River.

30-05 Vernon Boulevard, aka The Marina, will rise 11 floors and contain 67 apartments.  Sales are being handled by Nest Seekers International.

The Marina is one of many recent residential projects along this waterfront stretch of Vernon Boulevard.  The five blocks between Main Avenue and Broadway, which includes Hallets Cove Playground, Hallet’s Cove Beach and Socrates Sculpture Park, have experienced a dramatic crossover from industrial to residential use.  The Pillar Astoria, a new rental building at 11-05 30th Road, adjoins The Marina.  The Astoria West, a second rental building two blocks to the south at 30-77 Vernon Boulevard, opened in 2022.

The building contains studio, one and two bedroom units. Most of the apartments along the building’s perimeter have full or partial river views.  Private outdoor space is also quite common.

At the time of this writing, just 13 apartments have been released.  The average price per square foot of these units is $1,244.

The building is flush with amenities. Our favorite is the furnished rooftop deck with stunning views of the East River, Roosevelt Island and Manhattan.  Other amenities include on-site parking, a landscaped courtyard, fitness center, library, pet spa, co-working spaces, mediation room, children’s playroom, private storage and a bike room.

Wayne Fried is the developer behind The Marina while the architect is the Queens-based firm, Tan Architect.

The Astoria Ferry Terminal is located on the other side of Hallets Cove Playground just minutes away from your front door.  The ferry takes approximately 52 minutes to reach the Wall Street stop at Pier 11.  Additional stops include Long Island City, East 34th Street and the Brooklyn Navy Yard. The Vernon Boulevard Q103 bus stops right in front of the building.

To learn more about The Marina at 30-05 Vernon Boulevard in Astoria visit Linecity.com 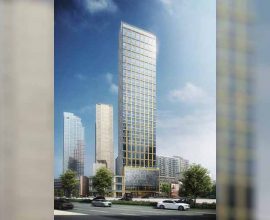 Grand Opening of The Paxton at 540 Fulton Street, Brooklyn 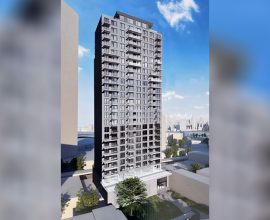 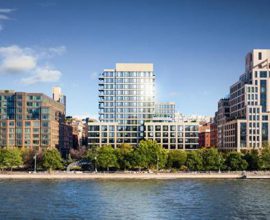 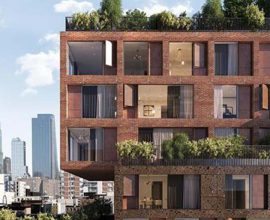