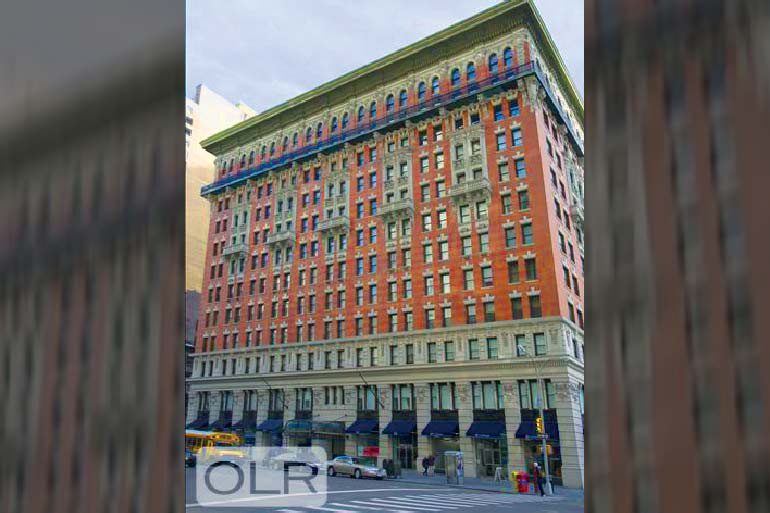 The landmarked Grand Madison condominium at 225 Fifth Avenue, on the northern edge of Madison Square Park, displays hypnotizing architectural features. The exterior windows of this massive brick and limestone structure play in staccato, giving off an aesthetic reminiscent of a typewriter, with its steady rhythms and robust countenance. Completed in 1907, this Renaissance Revival building is emblazoned with rich detailing across its thirteen-story elevation.  The Grand Madison utilizes alternatingly colored bricks and limestone to create its mesmerizing effects, beautifully accentuating it with an overstated cornice.

Equally alluring is the fabulous NoMad location just north of the Flatiron District and adjoining Chelsea to the west. The building abuts the delightful Madison Square Park, a kid and pet friendly venue for the entire family.  South-facing apartments enjoy protected views across the park and stare southward toward the Flatiron Building and One World Trade Center.

Situated on a corner lot, The Grand Madison lives up to its name by exuding a commanding presence as it stretches the full block front between 26th Street and 27th Street. There is no mistaking its grandeur. The entirety of the building has been meticulously renovated and preserved, the cornices appearing as if they’ve been freshly carved.

The Grand Madison has undergone multiple incarnations.  The building first opened as a commercial office building with a wide assortment of tenants.   The Brunswick Building as it was called, housed some well-known companies, none more famous than the F.W. Woolworth Company that leased retail space for a five-and-dime store in the late twenties.  Later in the century, the building morphed into the New York Giftware Building, a single destination for out of town gift buyers. The building was converted from commercial to residential use in 2005, almost 100 years after the creation of this timeless masterpiece.  Today there are 190 special residences.

The developers of the condo emulated the opulence of the exterior with rich interiors and detailing befitting this beaux arts treasure.  Tall ceilings, oversized windows, wide plank floors and Poggenpohl kitchens were all included in the original offering.

There are currently six apartments for sale and seven for rent. View full details on Linecity.com 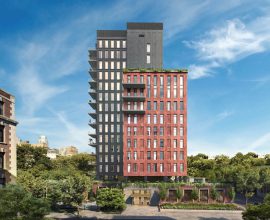 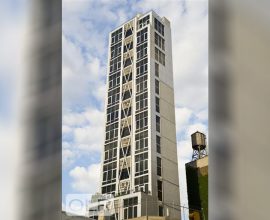 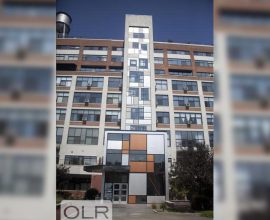 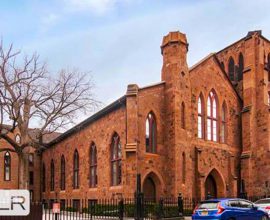